In October of last year, Caroline Duffy had a chance to sit down with independent animator Amy Xu, director of “Melt Down“. 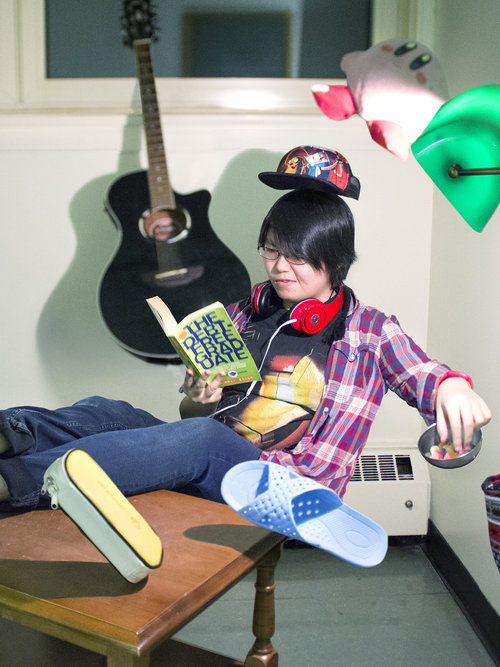 ANNY – Your style is so unique because of the strong narrative you create from abstract characters.
Amy – The greatest thing about animation is that you are combining art and physics.

ANNY – Did you family encourage you to pursue animation?
Amy – Yeah. My family, they’ve been a big part, I grew up in China, and we came to Canada when I was twelve. [They] did that because they wanted me to become an artist. And you know, they let me go to Pratt and, you know, it is an expensive school. They were as supportive as parents could be. It’s been a big part of why I have so many resources to spend on my craft.

ANNY – Are there any other artists in your family?
Amy – No, I’d say I’m the first person in my family to do art.

ANNY – So how long have you been animating now?
Amy – Now, I’d say for as long as I was at Pratt. Because before I was at Pratt, I was more of a graphic designer.

ANNY – Wow, did you enter Pratt as graphic design or animation major?
Amy – I entered Pratt as a Graphic major and transferred my Junior year into animation. So, during my Sophomore year I was doing both Graphic Design and Animation at the same time. It was a lot of courses.

ANNY – That certainly explains a lot of your other work, like your beautiful comics. Do you have a personal motive to becoming an animator?
Amy – I like creating beautiful things. I thing some people are more story driven and others more character driven. I just like taking ideas and making it look visually amazing.

ANNY – Can you describe your style? Do you have any specifc animators who may have influenced your style over the years?
Amy – Yeah, I love Nicholas Ménard. I love his narration style and the way he abstracts things. He has a really smart way of simplifying things so that he gets the essentials across, but it looks very classy. I love that about his work.

ANNY – What are some topics that you like to address in your work?
Amy – That’s hard to say, because I haven’t done a lot of complete work yet. I do really like exploring themes of gender and identity. [In] my capstone film I have a rat lady who struggles with the image of herself. I really want to get into how characters feel like [the] visual representation of her their personality. My Junior film, “Open Recess” is another example of this. [The] Giraffe character is literally “hiding in the closet”.

ANNY – You wrapped “Melt Down” in May. Did you have a specific inspiration for that piece?
Amy – It started because I wanted to animate a lot of transformations, because you know, I love doing that. I thought, what if I created a world that was changing all the time. And that developed more, because I thought about how people feel in this world, where nothing is stable. [It] became the idea that we are afraid of change.

ANNY – My favorite scene shows a character running through space on the sidewalk. How long did it take you to create a scene like that?
Amy – That was one of the more time consuming shots, because the background was also moving. I feel like an average shot takes maybe 2 hours to key and 15 hours to animate with color. I feel like that shot took twice that [time], if not more. There were three tough shots, [that shot], the lady transforming into the car, and the little boy jumping.

ANNY – Did you encounter any other challenges in your production pipeline?
Amy – Yes, pacing was a big issue at one point. When I started production, I don’t think I was experienced enough to know yet that people wouldn’t understand my film because
they didn’t know the idea behind it. They would need much more time to process a shot than I would. So it ended up being at 5.5 minute film, which was much longer than I intended for it to be. It made my production very intense. It was a tough year to get it all done.

ANNY – What is your personal favorite part of the animation process?
Amy – I really like pinning down the color palettes and creating style frames, like the design aspects of production.

ANNY – You also recently created a segment with artist Chris Rutledge for Flamingosis called “Flight Fantastic”. How was the process of collaborating with other artists for you?
Amy – It was a really easy process. Chris was super organized. He played out who would do what song and gave me first pick, and put it right together. There wasn’t a lot of revising or anything. I just delivered the file and he composited it right together.

ANNY – Do you think you’ll collaborate more with Chris in the future?
Amy – I think so, because he does really cool work.

ANNY – You also created a game pitch a while back, called “Zenith” Do you see yourself ever entering the gaming industry?
Amy – I do! I’m actually working on something right now, just as a personal project. Not for commercial, it’s just a friend and I. Paul is the webmaster at ANNY and we’re currently working on a game together! It’s about a little lady with an umbrella who tries to bring back withered flowers. In the game-play, a stream of water falls from the sky and you dial the umbrella up and down to divert the stream of water into different pots. It’s really simple, it’s definitely not something that would be sold on steam. But it’s just like, let’s just make this for fun. He programmed the whole thing already, he just needs for me to put in the assets. 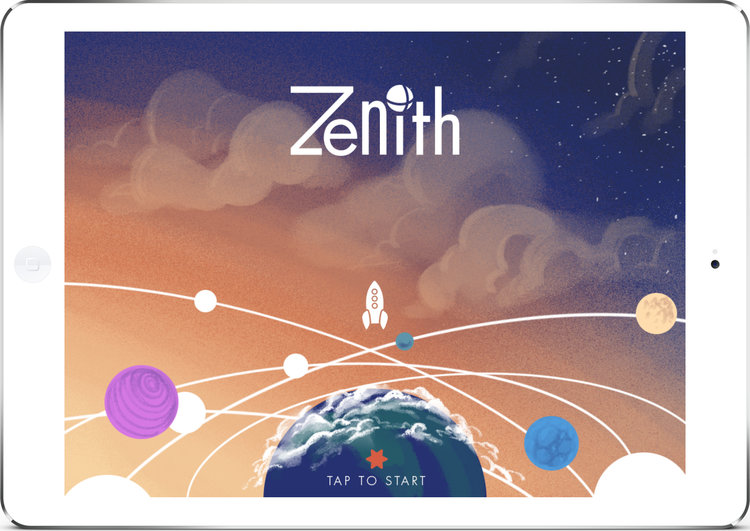 ANNY – So what are some other projects that you’re working on right now, or excited to work on?
Amy – Well, I just wrapped up the thing with Aardman Nathan Love it’s something for Ted ED and it’s part of their spoken word series so it’s a narrative short based on the “Road not Taken” by Robert Frost. It’s about a lady choosing to going on an adventure and leaving the safe space of home. And I got to work with Ellen Sue, who is the Art Director there, and her work is phenomenal. I only worked on animation there, so I didn’t make any decisions, but her textures are so complex and refined. It was insane because we did two full minutes of animation in five weeks from scratch. Her Photoshop layers are so intense. At any point in time, you’re having like 17 layers of different textures, it’s crazy. It was a lot of work, but I learned so much from her, such a great experience. It’s so beautiful I want to cry.

ANNY – Is there anything in your head right now that you want to do right now, just as a personal project?
Amy – Well I have been thinking about making another short. And I’m currently collaborating with someone right now who’s on the west coast. It’s an idea he has, I’m
just helping him out with it. It’s also about again someone leaving the safe space of home. And going to an adult working world without knowing anyone or anything to do, the feeling of loss. I’m really excited because we’re thinking about the character falling through space and her old life falling away from her, which would be a really cool visual sequence. Like sort of, she’s in her old home and it just crumbles away from her.

ANNY – All good things for you Amy! Do you’ll keep entering into festivals?
Amy – Everything I make, I think. I’ll keep submitting into Ottawa until I get in, I mean that’s the dream right?

ANNY – Is the post-college life what you expected?
Amy – Freelancing is a tough thing to start out with. I learned some of what to do from books, but here is only so much that they can teach you. It’s just nerve-racking because yesterday, I didn’t know what I was doing next week. A tough part was trying to have the confidence that I would get work later. There are the times where you are just floating, and it’s very anxiety inducing. But I think it gets better over time.

ANNY – Do you think you’re getting more exciting projects because you are freelancing? I think it’s really brave of you going the Indie Route.
Amy – I really do like freelancing. And if I can keep doing it, I will. I like really short and fast projects. I make it happen, and I move onto the next one. I don’t get
bored at all. I’ve been told this is a beginner mistake in freelancing. I was nervous about not having enough gigs, so I lined up several gigs in advance. But then better ones come along and you can’t say yes because your schedule’s already full. But it’s like taking a risk, you know, because if you don’t line anything up, a better [project] will come along and you’ll have time to take it. It’s all a learning experience, because you don’t know what [jobs are] better at first.

Amy – I read [something] in a Freelancing book where there is a scale where [when a project] pays more, the less creative control you have, as opposed to the low paying ones where you have full creative control. You don’t want to be stuck in the middle where [a project] pays but they don’t really give you anything to work with at all.

ANNY – Do you ever see yourself animating more music videos or documentaries?
Amy – I’m actually working on a few music videos this month. One of them is really psychedelic [and] I’m all about stuff like that.

ANNY – Thank-you so much Amy!